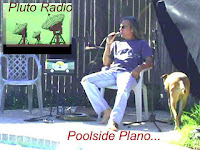 So, anyway, grass roots has not been enough 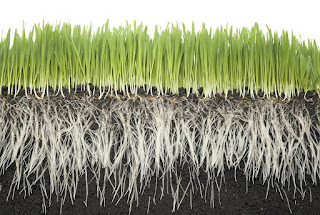 "Doing things from the bottom up here at the Pluto Radio Commercial Free stream - for over ten years now.  Back when we started I use to email bands after checking out thier music, personally, online politely requesting if we could use their music on our station.  Most bands wouldn't let me.  They were worried I was trying to rip off their music - apparently, they weren't savoy enough to know that if we could hear their songs via the internet we could already steal them.  And, they didn't put it together that I was respectfully requesting use.  So, like four years later (within the context of my little story here) many of the same bands were begging us to play their material, because they knew - to quote the Zep - the levy had broke.  Regardless, a mutant crew, too numerous to mention here, plodded forth and created the Commercial Free Pluto Radio stream, outta what fancy folks refer to as equity sweat.  Anyway.  It's been ten plus years now, and, we will always keep this original endeavor what is was intended, Pluto's eccentric orbit spewing a diverse musical stream - just like a wild comet's tail - however, there will come some changes soon...  We've learned many a lesson in our attempt of unabashed, non-monetized, non-commercialized life on this desolate, lonely, distant planet, Pluto.  Expect to hear some change soon, I'm just preempting any criticism in what is now an overly contentious planet with this note.  Hell, we just want the amazing, sincere, unique, and, unsung music to flow.  Love you all.  This rant will hopefully make sense to those who listen very soon.  My best from the great American desert."  - L33
Posted by Lee Crisman Radio at 10:31 PM

the stream has been re-established.

(my apologies for the delay in this matter Thomas)./L33
Posted by Lee Crisman Radio at 2:20 PM