Posted by PlutoRadio at 5:55 PM 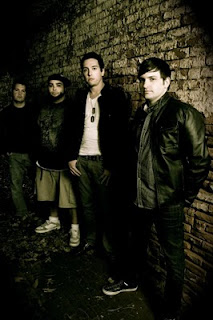 Fresh off our sold out record release show at Mercury Lounge on July 8th, we will bring the rock...and that tingling sensation in your loins!

GoE has been invited to open up the show which will surely sell out so bring your devil horns and a change of clothes! 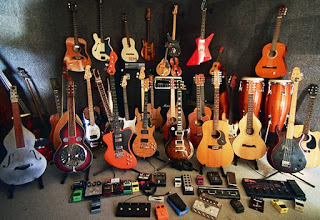 Formed in Melbourne, Australia, Tenpenny Joke have built a huge following after years of stellar live performances and successful independent releases. Their music has been featured as the soundtrack to various surf/skate DVDs and is aired regularly on Australian radio, while their music videos, are available on YouTube and have frequently been seen on Australian TV. The band released their debut album, 'Ambush On All Sides.'and features 15 killer tracks and has been receiving an excellent local and international response. Fiercely original while recalling elements of Zeppelin, Floyd, Alice In Chains, Sabbath, Tool & various rock greats, it offers something for everyone with a taste for powerful melodic rock (as compiled on the bands website)
Read more: www.reverbnation.com/tenpennyjoke
Posted by PlutoRadio at 5:54 PM 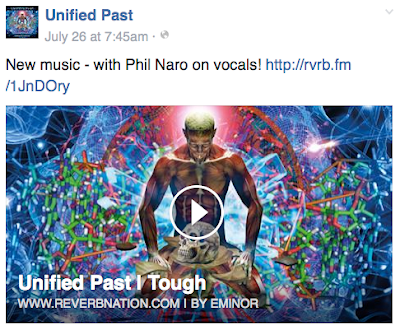 Posted by PlutoRadio at 1:03 AM 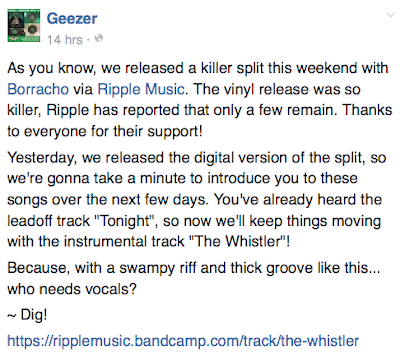 Posted by PlutoRadio at 1:12 AM

Again , exactly the sort of thing the commercial free Pluto Radio stream is all about, diverse music from every corner of the planet..  "Dig the vibe.."  - Lee. 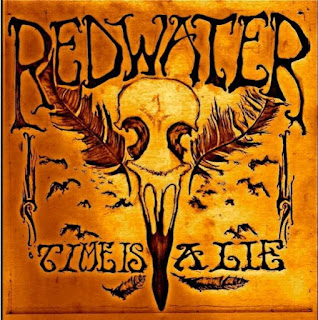 Zombies of the Stratosphere have jumped into the mix..!

Power Pop, Psychedelic Rock from this New York based group.

The Feens on the commercial free Pluto Radio stream . 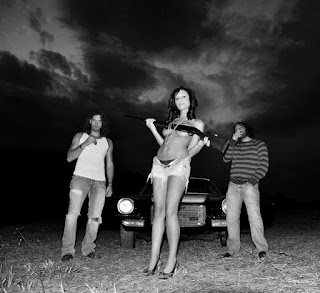 Originating from Hamburg Pennsylvania, TheFeens started when four musicians got together after playing with individually successful projects. They have very diverse backgrounds which contribute greatly to their purist rock and roll sound.
Think of 1972, Quentin Tarantino and muscle cars encompassed with the musical backdrop of these guys. The riffs they create growl, steaming with an undercurren

t of bottom end ferocity. TheFeens take rock and roll to contemporary levels, yet still stay true to the classics. The band is in it's infancy, only 8 months old, yet has recieved gig spots with some of the countries hot acts.
Currently, they are packing local venues and creating a buzz on the internet. Due to their viral marketing campaigns and social media networking, they have attracted, in only six months, a whopping 12,000+ friends on Myspace. They have reached number One on Reverbnation local charts and recently have opened for KISS at Hershey Stadium. (as compiled on the bands website) 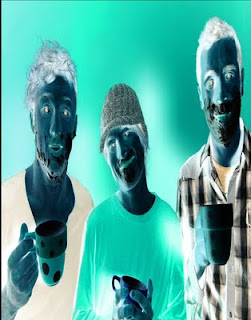 24 Broken Amps are an out-and-out grunge/punk band that have stomped into the space where no-one was treading in a scene that's been deadening under the lightweight of jangly indie synthy stuff. Delving into the past for moods where needed, and into presentlives for inspiration, they have unashamedly set themselves apart from those around, spilling an energetic buzz, at once melodious and caustic (as compiled on the bands website)

Posted by PlutoRadio at 5:48 PM 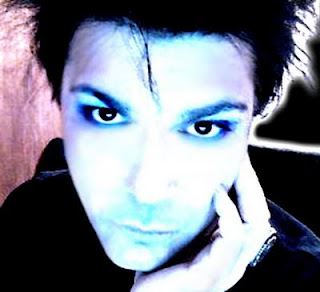 Posted by PlutoRadio at 5:47 PM 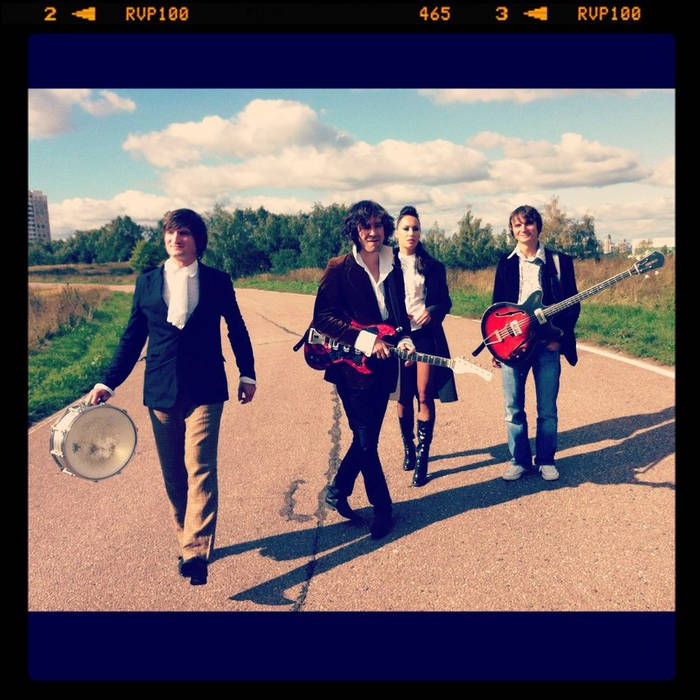 Walking My Devil on Pluto Radio

Mr. Greensnake is an alternative rock music band from the United States. The band’s line-up consists of Albert Steppi (vocals, guitars, bass, keyboards, songwriter) and Jeremy McNabney (drums, guitars, keyboards, bass, producer). The band is currently seeking musicians for online collaboration projects. If you are interested in adding your talents to the Mr. Greensnake band or would like to use Mr. Greensnake’s music in your project contact the band via email or through the band’s social network links.

On July 15, 2014, Los Angeles based rock band Fantazzmo released their new 5 song EP entitled, "Child of the Sun," featuring the new single, "Lil Devil Stare."  In order to promote the release, Fantazzmo will be embarking on a three week Summer Tour which cluminates in a 16 night residency at the world famous One Eyed Jack's Saloon, located in Sturgis, South Dakota during the 2014 Sturgis Motorcycle Rally.  The band will also be stopping by several of their favorite venues, such as Samuel Brewskies in Park City, KS and the Candle Club in Wichita, KS.
Posted by PlutoRadio at 11:54 PM

Melinda Ligeti, composer/singer/multi-instrumentalist/producer, was born on January 2, 1978, in Pančevo, Serbia. She gets her first violin lessons at the age of 6, s

haring an early passion for piano, singing, guitar and composing. At the age of 16 she passes the entry exams for composition and orchestration department at the Faculty of Music in Belgrade. She graduated with highest grade in 2002, under Professor Vlastimir Trajković (ex student of Olivier Messiaen) and Isidora Žebeljan. Besides the above mentioned instruments she plays flute, bass, glockenspiel...

March 30 ·
We'll be featured in the Simon Raymonde Show on amazing radio! The show is broadcasted tonight at 7pm GMT at http://amazingradio.com/.
If you miss the show you can listen again via the Amazing Rewind service on Tuesday at
http://amazingradio.com/shows/simonraymonde.
Posted by PlutoRadio at 11:46 PM

This is an amazing band - kind enough to allow us their music on the commercial free Pluto Radio stream .. "  - Lee

The Grand Astoria shared a link.

5 hours ago
Fly on!
http://thegrandastoria.bandcamp.com/track/omnipresence 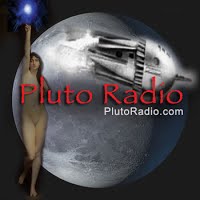 Poolside Plano show #7115 is currently in three hour rotation on the commercial free Pluto Radio stream and will play through the day of July 8th  (that's this Wed).  This show, hosted by Thomas Trapp, features the music of the following bands/musicians.

Swirl is the new age of rock. They surpass the bands from earlier decades and have created a new look and sound for today’s rock music. Their songs are crisp and full of emotion. They are also catchy tunes with sustainability. They are full of radio friendly tunes, thick with rhythmic movements and hooks - need I say more? My personal interpretation of these songs are a plethora of sensations and dynamic high lights that need to be experienced by each one of us.


In Mukilteo, Washington, brothers Duane and Brian Jones (DT and Bam-Bam, respectively) started the group Swirl. They released a CD, toured the United States and went to Japan in the late 90’s into the early 2000’s. In 2004 Fred Coury remixed songs from their first CD. With the insertion of band members Al Ramirez (lead singer) and Shane Carlson (bass) in 2008, the group finally had their ducks in a row and began their quest to deliver their music to the masses.


Between October 23, 2008 and present, Swirl has performed with Slaughter, Stephen Pearcy, Britny Fox, Bullet Boys, RATT, Extreme, Pat Travers, L.A. Guns or Souls of We. Swirl have performed in almost every state of our union and have been endorsed by companies such as Charvel Guitars, Jackson Guitars, Mesa Engineering, Seymour Duncan, Spectraflex, Excetelyne, Spector, Yamaha, Super Naturals, Dean Markley Strings, Furman Sound and Pickboy. They will continue to tour to promote this and upcoming projects. (as compiled from the bands website). 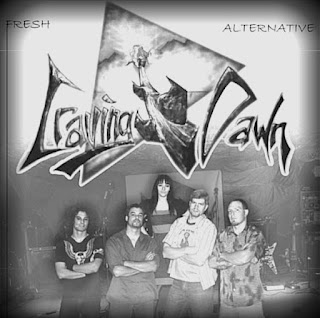 October 2008, Bill Waugh had completed a solo album under the name "Mox Pablo". With a desire to perform the music live, Val Sinco and Brian Waugh teamed up with Bill as vocalists and started practicing as the Mox Pablo band. With a few additional musicians coming and going along the way, the band had a rough start. Brian picked up the bass guitar and Lindsey Waugh came in as the manager. Percussion was missing again so in February of '09 Tom Barry joined as the full time drummer. With the music and sound evolving, the band decided to come up with a fresh new name, and "Craving Dawn" was spewed out of tipsy brainstorming. The band just needed one more thing...a harder, sharper edge. Tom Pentland came along with his metal background and completed the puzzle. Based out of Boise, Idaho with electronic drums, great riffs, acoustic guitar and a male/female vocal combo, Craving Dawn has a unique sound with intentional emotion-provoking lyrics....and they all love to hang with the crowd before and after shows! (as compiled on the bands website)

Posted by Stalker Kimmy at 4:00 AM

In late 2009, a recording engineer (Sheldon Gomberg) and a friend of his drove by a garage sale, in Tarzana, CA; and noticed a stack of 2 inch tape boxes. After a brief discussion with the homeowner, he found out that the tapes had

apparently been left in a closet, under the stairs of her home, and were there when she moved in. She found the tapes when the wood floors of the house were being refinished. She was the fourth owner of the home, which was built (according to her) in 1972. There were 23 boxes of tape; which Sheldon bought for the forty-seven bucks that he had in his wallet, at the time.
Sheldon took the tapes back to his recording studio The Carriage House in Silverlake, and cracked them open. The only information in the boxes were song lists with the name “Sloan Kramer” written by hand, beside each title. A quick count of the titles totaled slightly over one hundred songs!
Sheldon had the tapes baked (to avoid delamination) and digitized, for playback in Pro Tools.
Read full story of Secret Skwirl

Read and listen at:  www.myspace.com/thegiveemhellboys


Lee - Something tells me that these Boys know how to party!
SK
Posted by PlutoRadio at 11:43 PM

Since their formation in 1998, GBDLX have released a smoldering heap of albums, singles, and EPs, leading them to tours of Japan, Spain, Mexico, and the USA, plus international radio & TV appearances. Most recently, the Brothers were seen performing on ANTHONY BOURDAIN'S NO RESERVATIONS on the Travel Channel.

GBDLX also work in the world of film soundtracks ("Reeling," "Neurotique," and "Madalien the Small"), music videos (by award-winning director Nara Denning), and in 2009 released the self-titled MAHIKARI album, a collaboration with ACID MOTHERS TEMPLE's Kawabata Makoto and the BOREDOMS' Yamamoto Seiichi. Other collaborations are currently underway, including one with Eddie Shaw of '60's icons THE MONKS.
(info provided via band's webpage)

Posted by PlutoRadio at 2:30 AM