Out of Santanyi, Balears, Illes, ES... The Black Beards! 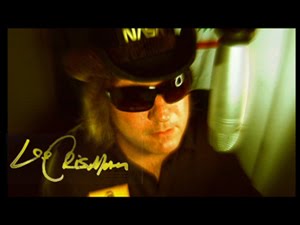 
"Thank you to the talented bands that allow us to play their music on the commercial free Pluto Radio stream.  Collectively, we do make a brilliant difference in this f-ed up Q-factor world." 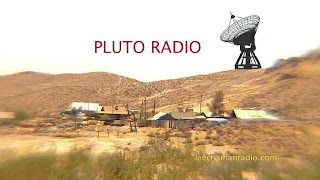 "My best from the great American desert."  -  Lee.

Been Obscene on the commercial free Pluto Radio stream..

"Been Obscene is one of the most amazing Prog Rock bands we play on the commercial free Pluto Radio stream.  They were brought to us via Zygmatron Promotions.., we get an amazing response anytime we play this band.  Thanks for the amazing music guys."  -  Lee.

The Black Lies on the commercial free Pluto Radio stream.

Our Call Number added to the Pluto Radio Facebook.

The music of BASH - on the commercial free Pluto Radio stream.

"I met Gordon Bash while visiting the familiar folks at the Dresden in Hollywood, California.  He was sitting in on stand up bass with the house band Marty and Elayne (Jazz, Standards, and Pop-Funk).  Gordon invited me down to Molly Malone's to see him take his punk style and morph it into rock-a-billy.  I brought a video camera and grabbed this post.  Gordon's band is called BASH.  We are delighted to present BASH on the commercial free Pluto Radio Stream."  - Lee.

"It is my best hope that government's evil hand stays clear of the internet."  - Lee.

The Man of Cobzilla on the station...

"I feel Bernie has a unique view on music and am very happy to present his music on the commercial free Pluto Radio stream.  Bernie's also been kind enough to host several episodes of UNSUNG - playing the music that deserves to be heard.  Happy to have him aboard this worthwhile cause of presenting new and divergent talent to the mighty blue planet @ plutoradio.com" - Lee. 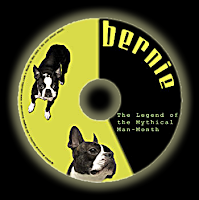 The station has been hacked...

Brought to us via Zymatron Promotions..

12.03.12 | MSK STUDIO RECORDINGS
Dear Friends,
we are currently in the studio  - recording our new album. We are planning the release for end of summer.
Stay tuned!
"This band was presented to us via Zygmatron Promotions....  I really dig the burn they got."  -  Lee Crisman.
Posted by Pluto Radio at 12:00 PM

On a whiskey fueled summers night in the heart of the Canadian Prairies, the worlds meanest Rockabilly band was born. For the past decade The Rowdymen have delivered their patented blend of High-Octane Edgy Rockabilly and Hard Drivin' Prairie Twang to audiences across the nation. This full throttle collective has shared bills with an eclectic mix of luminaries including Bill Haley's original Comets, Reverend Horton Heat, Hank III, Neko Case blues legend T-Model Ford, and Sleepy La Beef. Approaching show 1000, the band is back with a vengeance with the release of Gas, Liquor and Fireworks, the bands fourth full length release.

With this record on Transistor 66, the Rowdymen show why they're one of the fiercest Rockabilly bands on the planet. From beer soaked rockers to murder death ballads, this record will kick your ass right on to the dance floor. (as compiled on the bands website) 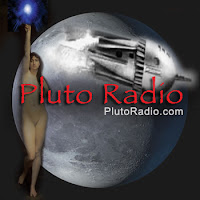 
"Thank you to the talented bands that allow us to play their music on the commercial free Pluto Radio stream.  Collectively, we do make a brilliant difference in this f-ed up Q-factor world." - Lee Crisman.

The Dark Globes on the commercial free Pluto Radio stream.

WILL CARROLL - Later Down an Worry Free... 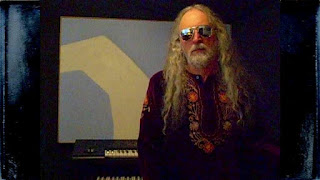 "I am what you hear...Emotion applied to sound, applied to the passing of time...
Will Carroll, singer, songwriter, musician.....from Connecticut, a great place to grow up......so I got a paper route to pay for piano lessons and started a band with my friends ...played in a lot of bands with some now famous people, been on the same bill with Ringo Starr and All Stars (Joe Walsh,Todd Rundgren,Timothy B. Schmidt, Burton Cummings of Guess Who) Yes (with Rick Wakeman), J Geils, Gregg Allman, Joe Ely, Bonnie Raitt, NRBQ,..and Michael Bolton was lead guitar& singer for one of my earliest bands "Wheatfield Ash"..anyways...made some records ya know...traveled all over the place playin ,havin fun...long story short,so when I was down in Dallas Texas for over 20 years...playin out every now an then, working on some new songs, and now after moving and set up back in Oxford, Connecticut,there will be more songs and maybe some local live performances on the way, and life still goes on an on an on an on......

The internet is a great thing for me,you get to hear what now holds my sanity in check, my music...
John Lennon said in his song"life is what happens to you,while your busy making other plans"...
Thanks for listenin, you don't know how much I appreciate it and hearing from you all..."(all as compiled on Will Carroll's website)
Read more: www.vibedeck.com/WillCarroll

Posted by Stalker Kimmy at 5:54 AM


"I discovered this band early on via the Internet Archive... Stromble Fix is deserving to be heard on the commercial free Pluto Radio stream."  -  LEE CRISMAN.

more on band @
http://www.myspace.com/stromblefix
Posted by Pluto Radio at 3:32 PM

"Rock City lives... You got to love the Detroit bands.  White Shag is cool vibe for the contemporary earbone.  Thank infinity that bands like White Shag can be heard on the commercial free Pluto Radio stream."  - Lee Crisman.

The music of Wily Bo Walker.., much liked on Pluto Radio.

"Another new band to the commercial free Pluto Radio stream..  Without a doubt I dig this vibe!"  -  LEE.

The Young Dubliners on the commercial free Pluto Radio stream.

"The Young Dubliners are always a good Celtic/Rock vibe on the commercial free Pluto Radio stream...  Thanks for the great music guys!" -  LEE.  Here's a band update.

As many of you know we have been hard at work writing our new album but this time we have chosen not to go with a record label.

There are many reasons for this decision but the most important one is that we want total creative freedom and control for the first time in the band's history. The recording industry has gone through a massive change in the last few years and we feel it is now better for us to become ''independent'' and release the album we want to release in the way we want to release it.

NICKI BLUHM - On the Road, In the Truck, Out the Back, and At the Honky Tonk 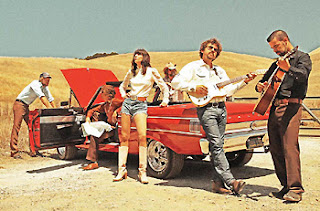 Upon hearing the unique and refreshing sound of Nicki Bluhm, it becomes immediately clear why she is in the midst of a breakout year. Nicki has filled a void in music with her brand of vintage-tinged rocking country soul -- music that's like an enchanting friend you've known for a short while but feels like you've known forever.

Nicki's story began at a New Year's Eve party when she sang an impromptu blues song that caught the attention of musician/producer Tim Bluhm (The Mother Hips). With Tim's encouragement Nicki began to write songs and perform in public, and soon was earning fans of her own. They went on to record Nicki's debut album, Toby's Song (2008), which appeared on Jambase's top ten albums of the year. Nicki and Tim were married shortly after and formed her band with childhood friend and guitar player, Deren Ney. The band continued to grow with the addition of Steve Adams on bass (ALO), Dave Mulligan on rhythm guitar and drummer Mike Curry. Nicki has since shared the stage with Chris Robinson, Susan Tedeschi and Derek Trucks, Bob Weir, Phil Lesh, Steve Kimock, Jackie Greene, Pegi Young, Josh Ritter, and many others. ( as compiled on the bands website)

Posted by Stalker Kimmy at 6:00 AM

Zombies of the Stratophere on the commercial free Pluto Radio stream.

"These guys are a current, and new fascination of mine.  I sit for hours in my Tipi or cave listening to their strange, hip.., vibe."  -  LEE CRISMAN

(compiled from the band's website) Our heroes met at University, where they were bitter rivals. Years later, they found themselves in New York City, beavering away in dusty corners of the Great Media Behemoth: J put in time at a literary agency and studied the mystical art of making records while slaving as a sound engineer at various hip recor ding studios about town, while A avoided sunlight as a film archivist and curator at a broadcasting museum. Both had unsatisfying tenures in doomed rock combos where they nevertheless honed their musical skills. Each fancied himself a songwriter in the classic pop mode and pursued the elusive art with uncommon zeal, resting only for massive infusions of film noir and comic books.


It was inevitable that they join forces and continue in the tradition of their idols Ray Davies, Elvis Costello, and Brian Wilson, i.e., churning out gem-like compositions with maddeningly infectious tunes and obscure lyrics while failing to deal with their crippling emotional problems.

"Zombies are big these days in pop culture, and if there were any justice in the world the Zombies of the Stratosphere would be as well. This NYC band follows up their excellent 2007 debut The Well-Mannered Look with another collection of quality tunes suffused with a mid-to-late 60s Britpop sensibility"- Absolute Powerpop 10/18/10

More on this band @ http://www.myspace.com/zombiesofthestratosphere/
Posted by Pluto Radio at 3:01 PM 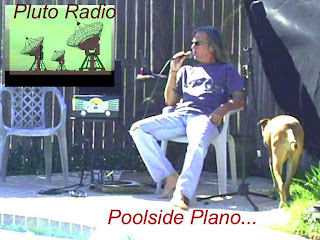 We are always delighted to present Thomas Trapp's POOLSIDE PLANO here on the commercial free Pluto Radio stream.  This Wed., June 6th we a excited to present POOLSIDE PLANO #-512 with Mr. Trapp's poolside extras ( L to R ) William SoRelle, Super Model Kellie and Jason Laughlin of the " Middle Fingers " with Cooper, Hiccup and Neko chillin Poolside listening to Unsung with Lee Crisman and the rest of the Pluto Radio pumped up Kicks.

From the Pink Floyd tribute CD ' Us and them ' congrats to Jen Gloeckner for her work on Julia dreams. More info at Jen's page 3 listing. Check it out.
The Sheep dogs - Garbageman
- I don't know


We are priveledged to be allowed to play and promote these awesome artist on the commercial free stream. Thank you.  ENJOY !

"I brought my video camera along to see Gordon Bash perform in Los Angeles..."  - Lee.

http://www.wannabash.com/
Posted by Pluto Radio at 8:30 AM

Chris Klimecky is a producer and musician with over 20 years of songwriting and recording history to share! “Modern rock with heart like Switchfoot or Foo Fighters without the screaming”

"Chris Klimecky's vibe is deserving to be heard!  And we are fortunate enough to play his music on the commercial free Pluto Radio vibe."  - Lee

Zak Daniels and the One Eyed Snakes on Pluto Radio!

ZAK DANIELS And The ONE EYED SNAKES
are straight ahead, in your face,
kick-ass Rock & Roll!
The way our listeners like it."
SYLVIA BENJAMIN - KSFX


"Zak Daniels and the One Eyed Snakes rock it hard and righteous.  It's always a good rock and roll day when we get these guys up on the commercial free Pluto Radio stream."  -  Lee