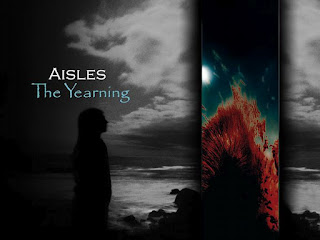 AISLES are a promising, young band, formed in 2001 with a strong desire to find their own identity. To this end they have successfully incorporated visual and conceptual elements to their music that lend it an emotional depth.  In 2003 the band began work on their demo, aiming to travel to Europe with it in search of backing to produce and publish their music. Having achieved such a high quality of... sound, they decided to use it as their first record. In 2005 “The Yearning” was born, and was consequently published and distributed in Europe, the United States and Japan.  Rave reviews appeared worldwide highlighting the sensitivity and originality of their music and the band realised that it was necessary to base themselves in Europe in order to be able to reach their artistic potential.

In 2007 the seeds of the album “In Sudden Walks” were sown. Production lasted over a year, a result of the collaboration of talented individuals including the best technicians, gifted musicians and a few selected guest artists. The record was mixed and sent for mastering to Gateway Mastering Studios, one of the most acclaimed mastering studios in the world.  Once again, the quality of both the music and the production of “In Sudden Walks” caught the attention of the music press. AISLES were nominated for the Prog Awards (Italy) in the Best Foreign Record category, no mean achievement given the strong history of Italy’s progressive music. (as compiled on the bands website)

Posted by Stalker Kimmy at 6:46 AM